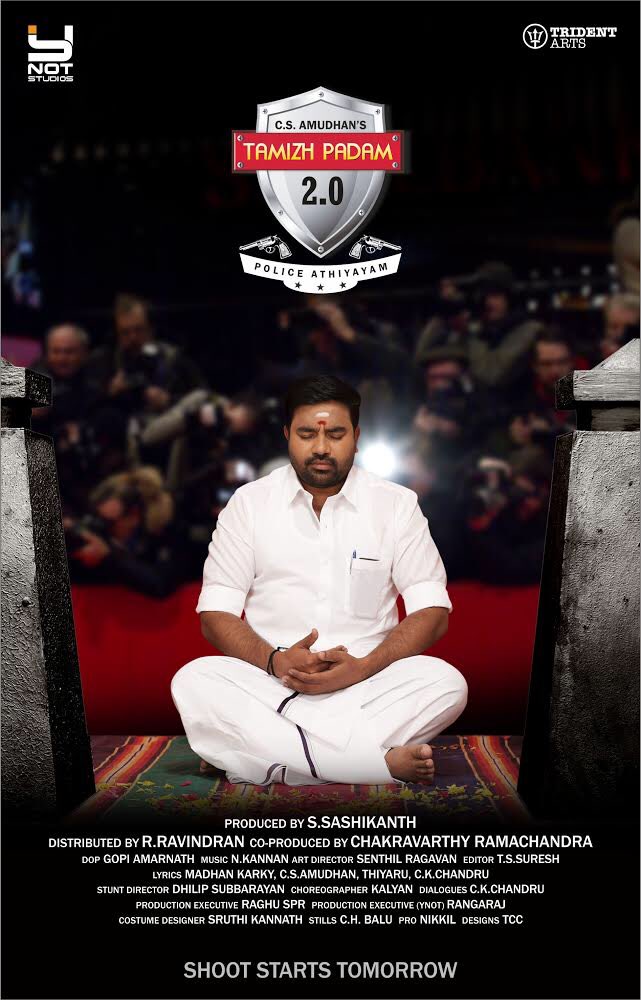 Only last week, Shiva’s sequel to his hit movie Tamizh Padam was in the news. The director of the movie C.S. Amudhan announced on Twiter that Sashikanth, the producer of the movie, would be playing a role in the film.

The original pair of Shiva and Disha Pandey portray the leads in the sequel too. Along with these two, Ishwarya Menon, Sathish, Santhana Bharathi, Manobala, R Sundararajan, Nizhalgal Ravi, and Chetan have been cast.

True to the spirit of the movie, the director put up a tweet revealing important details about the film in a hilarious way. “And we’ve wrapped another schedule. There’s just another 3 days in Chennai & a foreign schedule in Kodaikanal. #TP2Point0 (sic).” read the tweet.

The director has been regularly tweeting with updates about his film and it sure looks like he has a funny bone. Like its prequel, TP2Point0 is also going to be a laugh riot.

Meanwhile, Shiva has Sundar C’s Kalakalappu2 and Venkat Prabhu’s Party in the kitty.