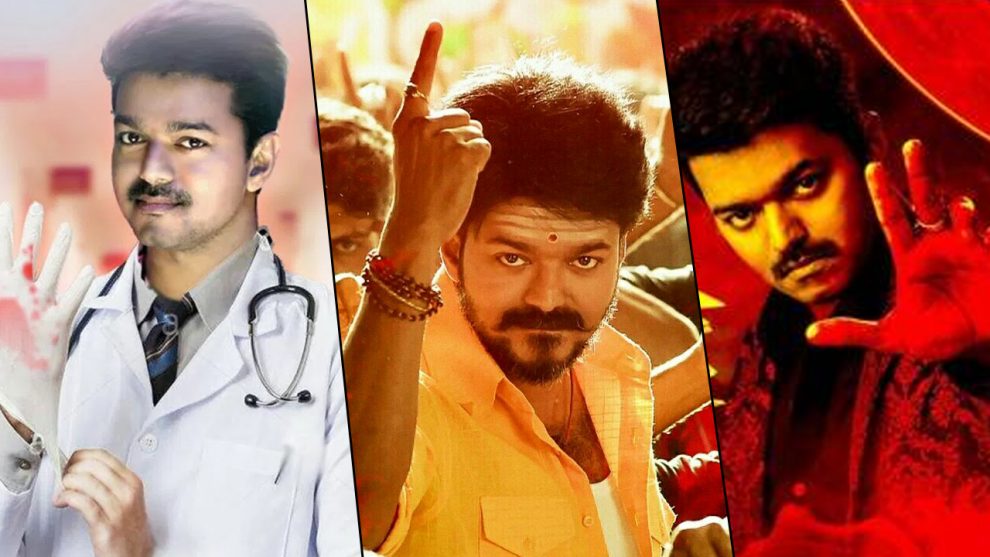 Actor Vijay’s 2017 release Mersal, is touted to be the actor’s highest grossing film till date. Directed by Atlee, the movie has broken a number of existing records and has been constantly creating new records with every passing week.

The action thriller, which features Vijay in triple roles has Kajal Aggarwal, Samantha and Nithya Menen in the female leads. Now the latest is that the song ‘Aalaporan Thamizhan‘ from the movie’s album has clocked over 50 Million views on YouTube and still counting. 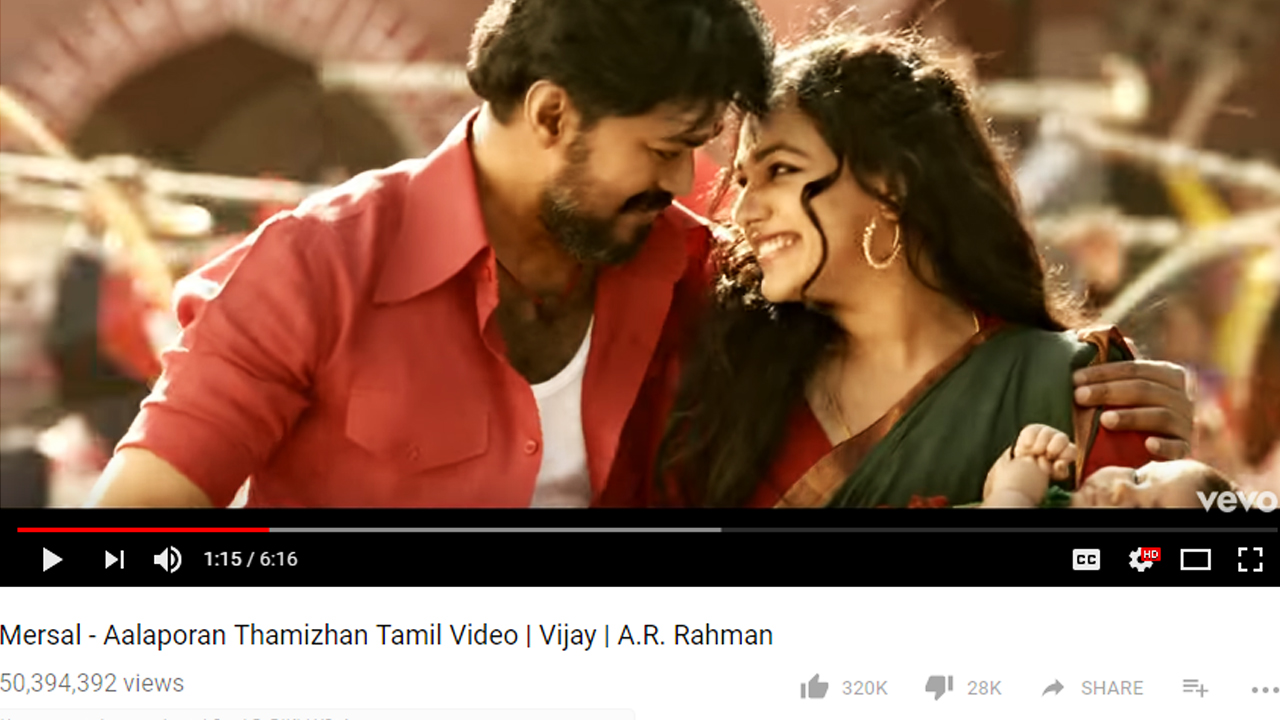 “Aalaporan Thamizhan ….” song from the movie is the most popular Tamil songs of recent times.

From its motivational lyrics, the foot tapping beats throughout, to the dynamic moves by Vijay, the song has all ingredients of being a hit! Composed by AR Rahman, the colorful song which celebrates Tamil culture didn’t stop from taking the world by storm, ever since it was released on social media.

Interestingly, “Aalaporan Thamizhan ….” is the most-watched Vijay song on YouTube till date.

Check out the list of major milestones achieved by Vijay’s Mersal here.