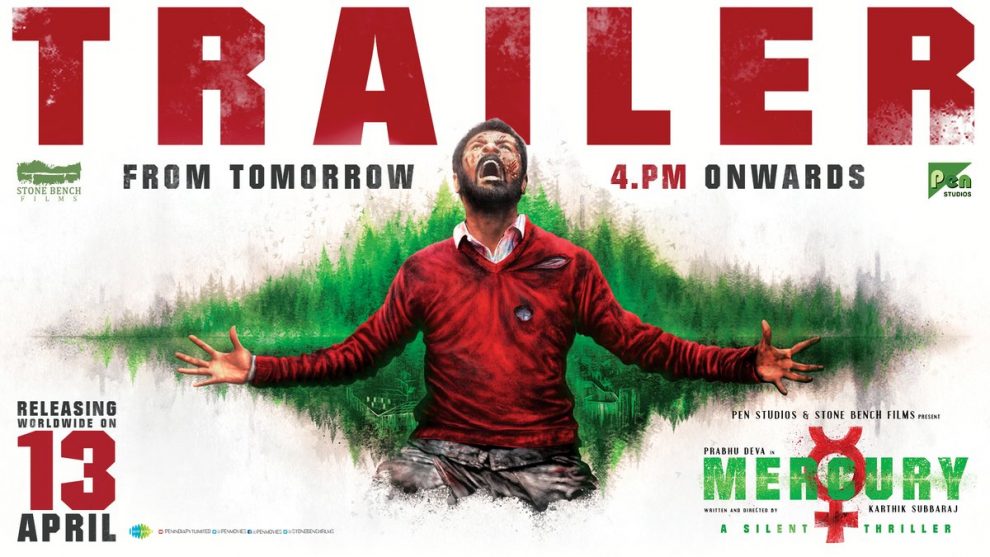 On Wednesday evening, director Karthik Subbaraj announced the trailer release of his much anticipated silent horror thriller Mercury starring Prabhu Deva in the lead role. According to his social media post, Mercury trailer was slated to release on Thursday at 4 p.m.

Minutes before the release of the trailer, Karthik Subbaraj clarified that it has been postponed owing to “the protests and bandh” in Tamil Nadu.

“With utmost respect to the protests and bandh, we are postponing the trailer release of Mercury that was supposed to happen today. However, this film being a silent film and having a huge release globally on 13th April.. And Cinema being bread-winning profession for hundreds of our team members who have put in their sweat and blood into this film, we are in a situation to move on towards the release of the film. Hence the trailer will be released in a day or two. Looking for all your support as always, (sic) ” wrote Karthik Subbaraj.

He also clarified that the Tamil version of Mercury will be released after the ongoing TFPC strike ends.

“To clarify certain confusions..Mercury team inclduing me, the director, and all the cast, crew and producers have been honestly supporting the TFPC strike going on and we have already decided to not release the Tamil version of our film in TN until the strike is over… We too like thousands of film industry workers are hoping for a fruitful solution for all our problems..(sic)” clarified Karthik Subbaraj.