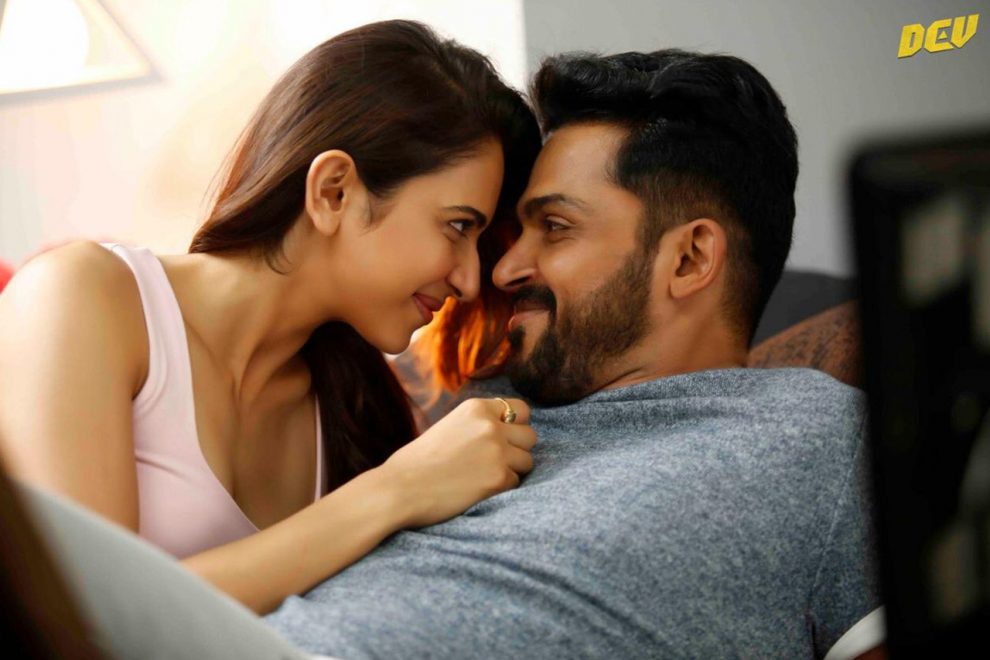 Dev starring actors Karthi and Rakul Preet released on Valentine’s Day and has been garnering positive reception from the audience. Directed by Rajath Ravishankar, the movie has music by Harris Jayaraj.

Check out what fans of the movie have to say on social media.

“#Dev First Half : Visually Stunning! Happy to see .@Jharrisjayaraj back with same superb background score! .@Karthi_Offl and .@RjVigneshkanth chemistry was so good! As expected no content but the content is an Enjoyable Ride!”

“#DEV holds you intact with two characters as you start journeying with them.#Dev and #Meghna. @VelrajR cinematography and hard work of entire team is extraordinary. Especially the #Himalayas episode is stunning. @Karthi_Offl” efforts are appreciable. @prabhu_sr @DreamWarriorpic”

“#Dev – 2.5/5 An Okayish film where Visuals and Music were good. Screenplay lags high time. Story was cleasure and have seen in many films. @Karthi_Offl and @Rakulpreet performances were soo good. Average”

“#Dev A breezy romantic adventure tale with uber cool visuals. Thanks to DOP and team. @Rakulpreet‘s character is a kinda new one and @Karthi_Offl is as stylish as ever. Feel Good Movie that you can watch out in this Valentine’s weekend. @AmruthaSrini is best. @PrincePictures_”

“#Dev After superhit movie Theeran Adhigaaram Ondru, Karthi has teamed up again with Rakul Preet Singh for Dev, which is an entirely different genre flick from their previous outing. The latest flick is written and directed by newcomer Rajath Ravishankar. Rating 💙💙💙 out of 5″